The 2019 season was another successful one for the Saskatoon Hilltops winning their sixth straight Canadian Bowl national championship.

Over the course of their season the Hilltops found various ways to beat teams and one of the most consistent players was receiver/place kicker Rylan Kleiter.    He was named the CJFL All-Canadian place-kicker punching in 85% of his field goals, nailing 28 in total including his longest of 42 yards.

In the 2019 Canadian Bowl he accounted for nine of the Hilltops’ 11 points hitting three field goals.

On the offensive side last season he hauled in 29 receptions for 439 yards and four touchdowns.

He is a CJFL Playmaker!  WATCH THIS... 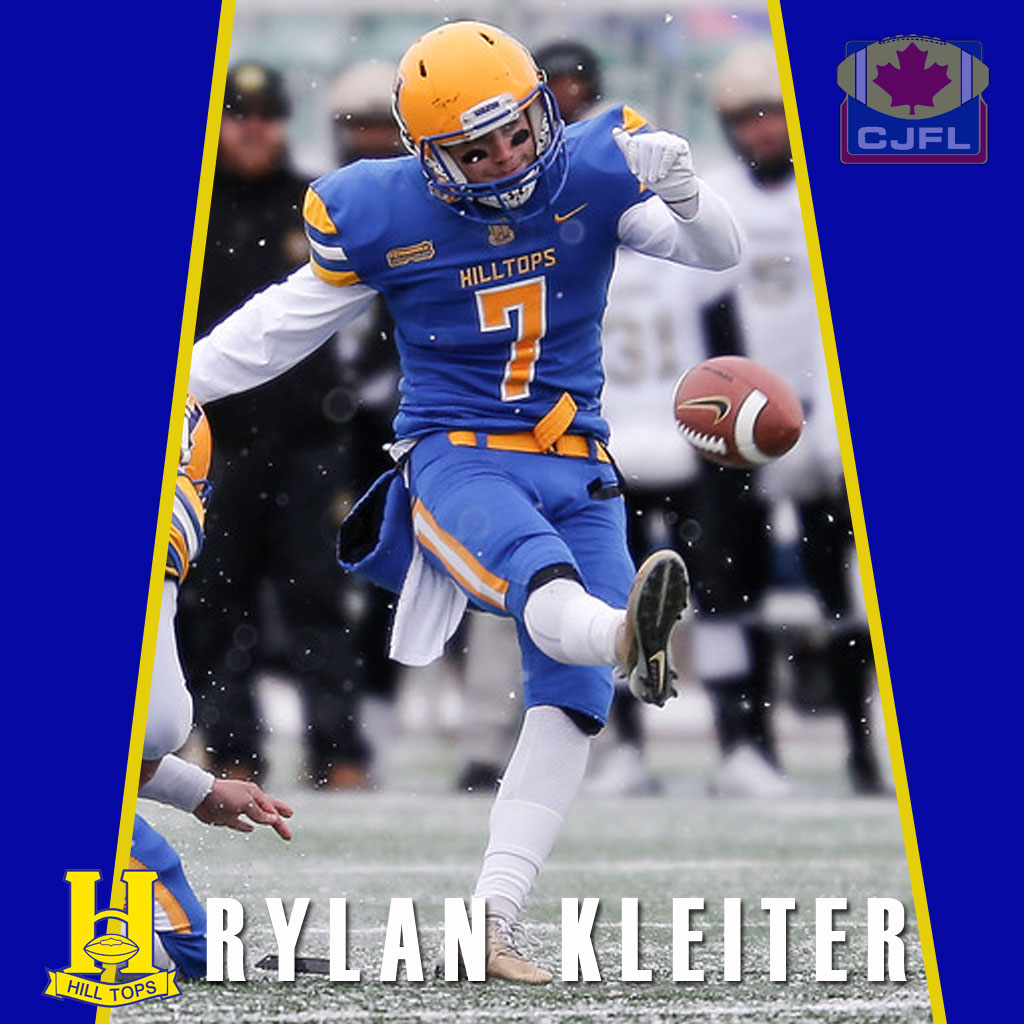