For 15 seasons the Regina Rams enjoyed a coaching legend patrolling the sidelines and have the accolades to prove it.

Frank McCrystal put his stamp on the CJFL record books from 1984-1998 guiding the Rams in the Prairie Conference.  His 15 seasons are third most in CJFL history behind only Tom Sargeant and Matt Blokker.

Over the course of his 15 campaigns, McCrystal amassed 104 regular season wins, had nine Prairie Conference titles and an incredible seven Canadian Bowl championships, including the team’s final two years in the CJFL in 1997 and 1998.  Those seven titles are second most in CJFL history.

When the Rams decided to make the jump to the CIS (now USports) in 1999, McCrystal went with them and continued to have coaching success.  He finally stepped down from his post in 2014 after coaching 33 seasons.  In 2007 he was named the CIS Coach of the Year after a 6-2 record and a loss in the Hardy Cup.

He absolutely was an incredible head coach and is our next "CJFL Legendary Coach." 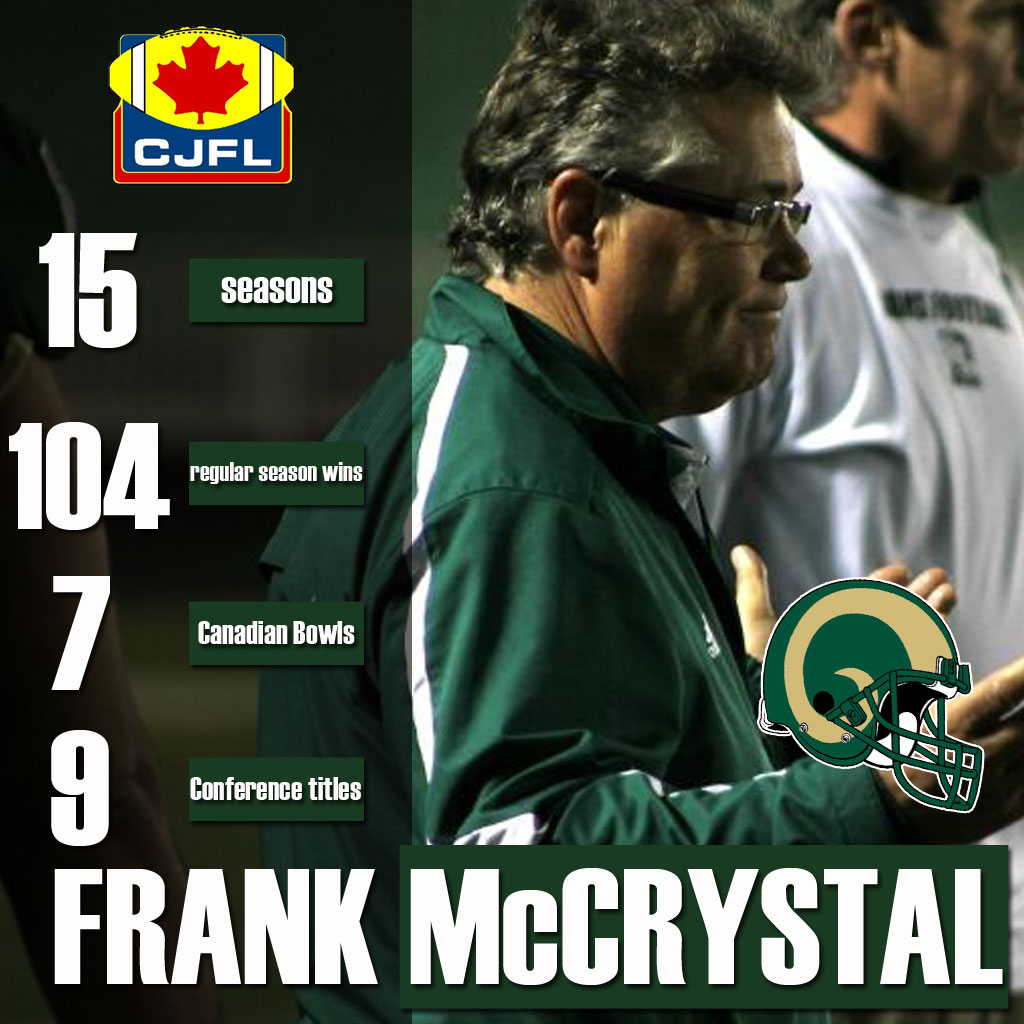