In 2019 the Hamilton Hurricanes once again found themselves in a fight for top spot in the Ontario Conference and punched their ticket to the CJFL Playoffs with a new head coach patrolling the sidelines.

The Hurricanes offence was solid behind first year pivot Ethan Belbeck who followed in the footsteps of the 2018 CJFL Outstanding Offensive Player of the Year Jake Marquette.  Belbeck settled in nicely completing a Conference high 63% of his passes with 116 completions.  He threw for 1618 yards and 16 touchdowns and had a passer efficiency rating of 99.8. 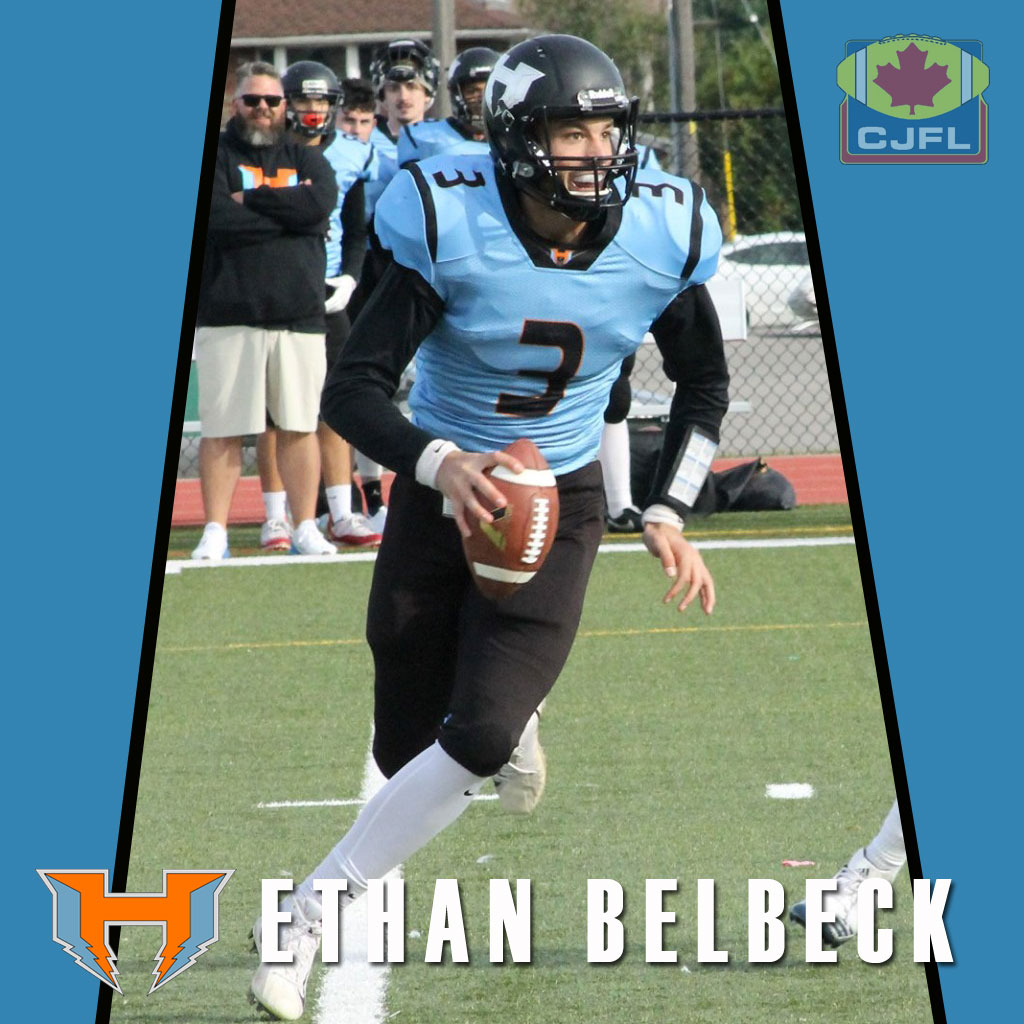