Without a doubt one of the biggest playmakers on the defensive side in the BC Conference is defensive back Gevhahn McNally-Hardisty of the VI Raiders.

In 2019 he tallied 28 tackles, had three assisted stops, five knockdowns, forced a pair of fumbles and had five interceptions including returning one 89 yards for a touchdown in Langley.   He was named a Conference All-Star for the second straight season.

A year before, in 2018 the Victoria native was named a CJFL All-Canadian after 15 tackles, two blocked kicks, nine knockdowns and a Conference leading eight interceptions.

He is definitely a CJFL Playmaker, watch his impressive 2019 highlight package 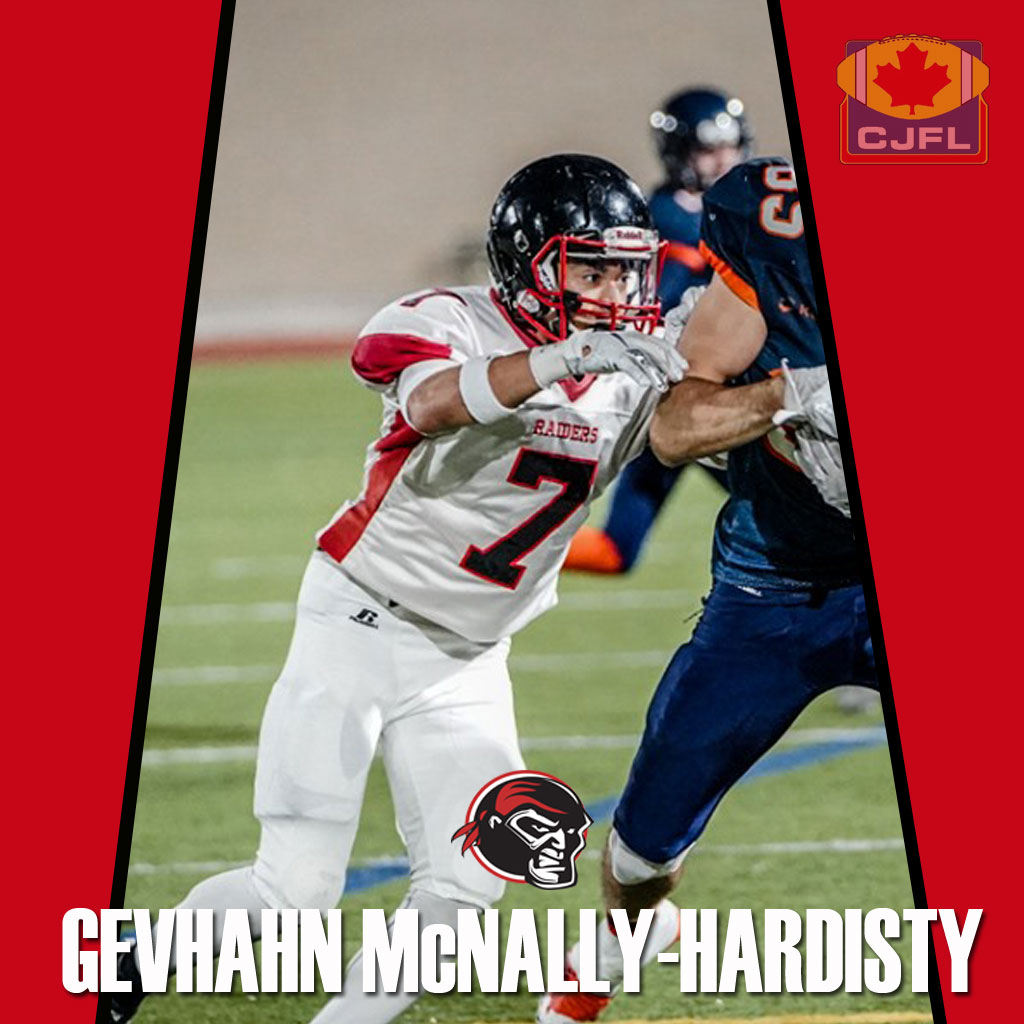