For the second straight season in 2019 Valley Huskers’ returner Brandon Poulin was named a CJFL All-Canadian after another outstanding individual performance.

As a receiver he hauled in a CJFL high 61 passes for 585 yards and six touchdowns.

Each time he had the ball in his hands he was a major threat for the Huskers offence or special teams.  He ran back 45 punts for 392 yards, along with 29 kick returns for 601 yards, an average of 20.7.

Back in 2018, his first All-Canadian season, he returned 60 kicks for a total of 950 yards and a 93 yard return for a major.
He also led the CJFL that year with 63 receptions for 878 yards and five touchdowns.

Brandon Poulin is one of the CJFL’s most dynamic players, WATCH his highlights... 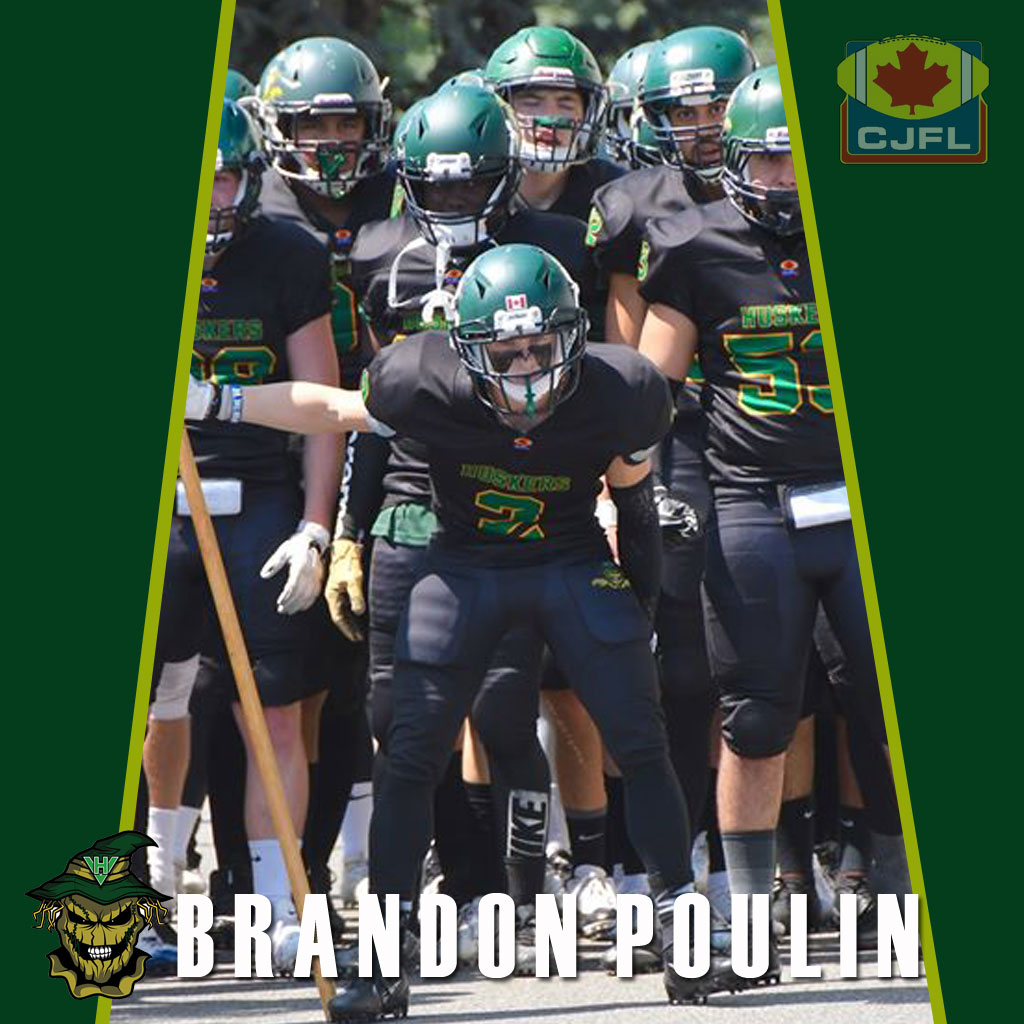