Jason Hayes of the Hamilton Hurricanes

The Hamilton Hurricanes have long been of one of the most competitive teams in the Ontario Conference and coaching is a large reason why.

For 11 seasons the man at the top of the coaching staff was Jason Hayes who guided the ‘Canes from 2008-2018.  He tallied an incredible 80 wins in that time span, collected four Ontario Conference titles in eight appearances and made the playoffs each year.  He was named the Conference Coach of the Year three times and the 2017 Ontario Amateur Coach of the Year which is awarded by the Ontario Football Association.

Hayes was not only a great coach on the field, but off it he led by example.  In 2018 the Hurricanes won the Ontario Conference title and punched their ticket to Langley to meet the Rams in the National Semi-Final.  The Hurricanes flew from Hamilton to Calgary before heading to Langley the next morning.  However a ‘Canes player needed emergency surgery for a large kidney stone and was unable to carry on to BC.  Hayes decided to stay behind with the player in Calgary rather than leaving him alone in the hospital and missed coaching in the national semi showing tremendous leadership.

The 2011 season was the only time Hayes got a chance to coach in the Canadian Bowl and got to do it in his hometown against the Saskatoon Hilltops.

For his leadership and dedication to the Hurricanes and the CJFL, Jason Hayes is most definitely deserving of the CJFL Legendary coaching status 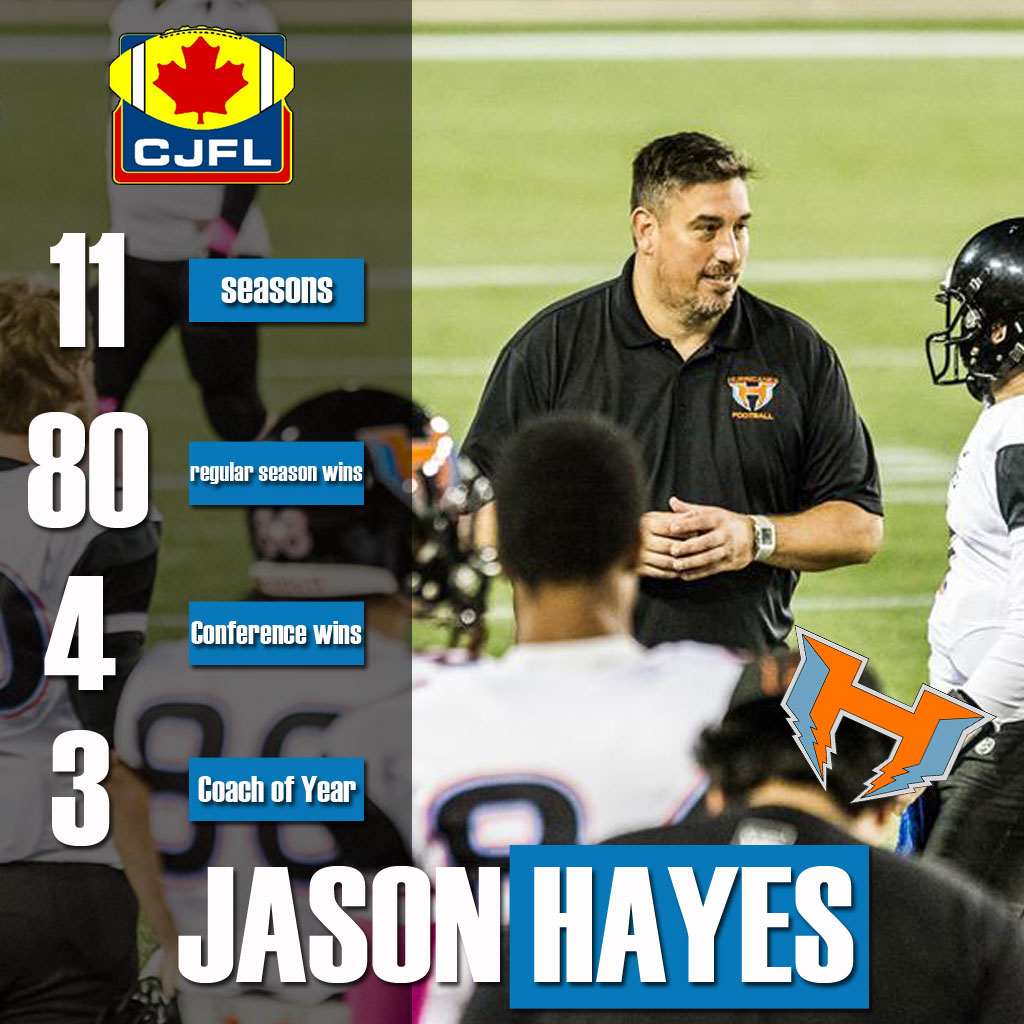