The CJFL celebrates the top play-makers from 2019 as chosen by the teams across the league.

Perhaps the brightest young star across the CJFL last season was Harvey Mafuta of the GTA Grizzlies.  He literally didn’t come off the field, playing all three facets of the game as a receiver, defensive back and kick returner in an effort that would land him the CJFL Rookie of the Year award.

On the offensive side he averaged 19.6 yards a catch for 352 yards and had a pair of touchdowns.

As a defensive back he made 29 tackles, had a knockdown and three interceptions.

Over on special teams he tallied 25 kick returns for 593 yards and had two touchdowns including a 109 yard kick-off return for a major.

Regardless of where and when he touched the ball, Harvey Mafuta was a threat to do something special.  Watch his highlight package … 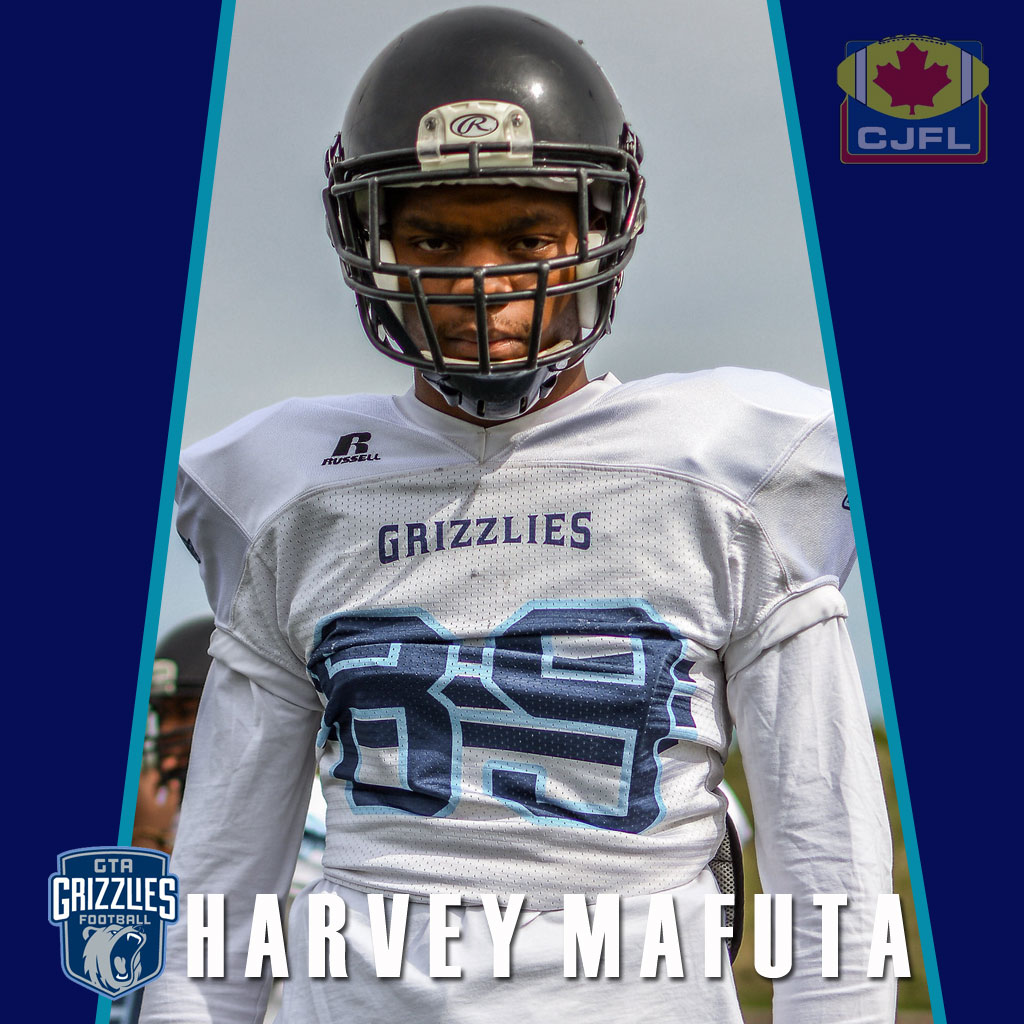