Mike LaChance has spent 17 seasons on the sidelines

The CJFL continues its weekly look at some of the legendary coaches that have graced our sidelines either in the past or here in the present.

He started his role as the head coach following the great John Bloomfield in 2003 and has been on the sideline ever since and shows no sign of slowing down.  If the 2020 season moves forward it’ll be his 18th consecutive which is the second longest CJFL streak, only Tom Sargeant of the Saskatoon Hilltops has more seasons as a CJFL head coach.

LaChance joined the Fratmen in 1996 as the wide receivers coach and offensive coordinator.  Under this title the Fratmen won 51 times in the regular season, had seven playoff victories and four Conference championship wins.  In 1999 the Fratmen captured the Canadian Bowl title with LaChance on the sidelines.   It’s also the last time a team from the Ontario Conference tasted a national title.

He not only is heavily involved on the football scene, but LaChance also coaches baseball in the Windsor area keeping him busy year round.

The 2020 season begins a new era of Windsor football and they have the right man at the forefront as the Fratmen have become the St. Clair Fratmen striking up a partnership with the college.  They will play at a brand new facility with new uniforms and a new colour scheme.

Since beginning his coaching career in the CJFL in 1996 LaChance has racked up 146 regular season wins, 22 playoff wins, eight Ontario Conference championships and one Canadian Bowl.  He is most deserving of the CJFL Legendary status. 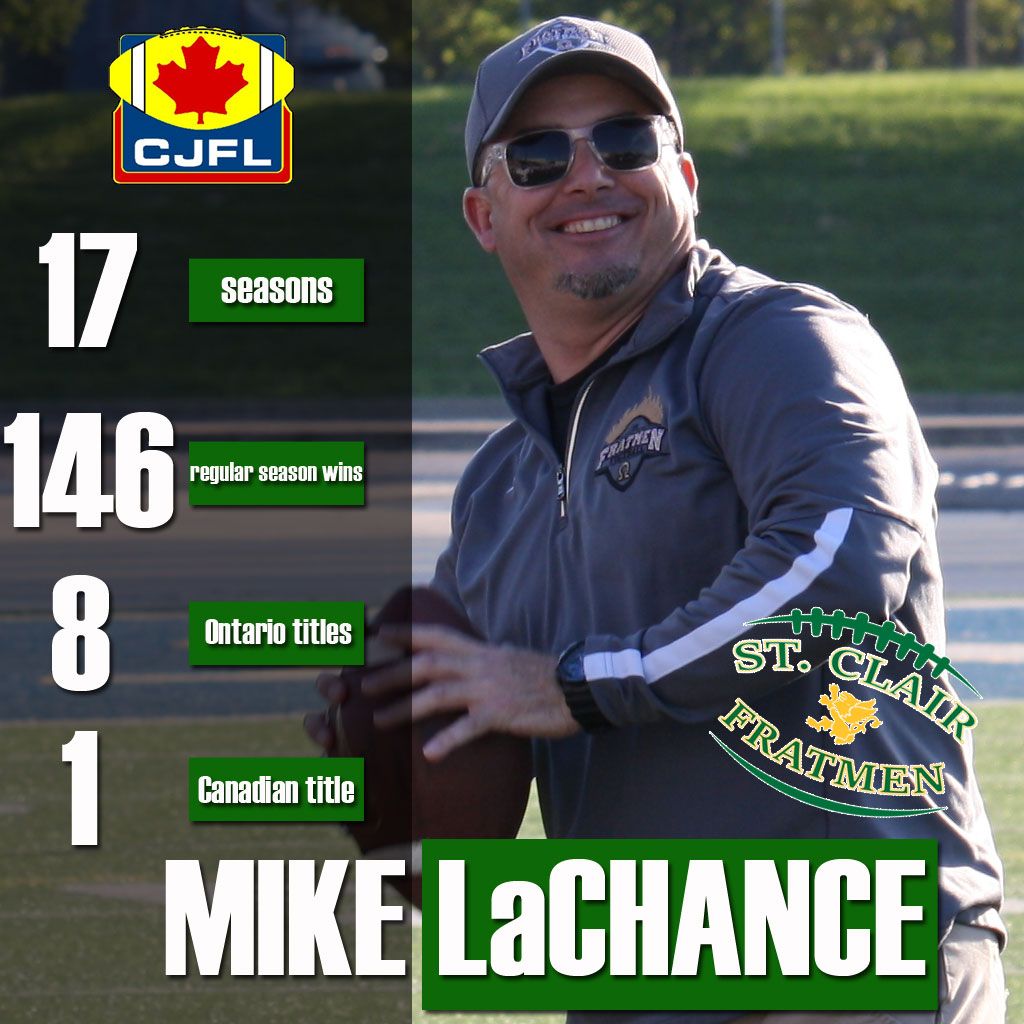