First and foremost thank you for voting in the CJFL Name Game!  Over the course of the five rounds an incredible total of 2,077 votes were placed and in the final round 735 ballots were submitted.

When the dust settled it is Rory Iron of the Regina Thunder who owns the best CJFL Football Name thanks to your votes.   He gathered 68.5% of the votes in the final round and defeated Chopper Hippe of the Edmonton Wildcats.

On the way to win the first ever CJFL Name Game, Iron defeated some quality football names along the way including Connor Shoebottom of the London Beefeaters, Mixon Madland of the Kamloops Broncos and Treasure Prodon of the Valley Huskers.

All player’s names in the CJFL Name Game were taken from team rosters from the 2019.
Thank you again for voting and taking part in this first ever contest.

The CJFL continues to monitor COVID-19 and is following the findings of the health care professionals across country regarding the upcoming 2020 season. 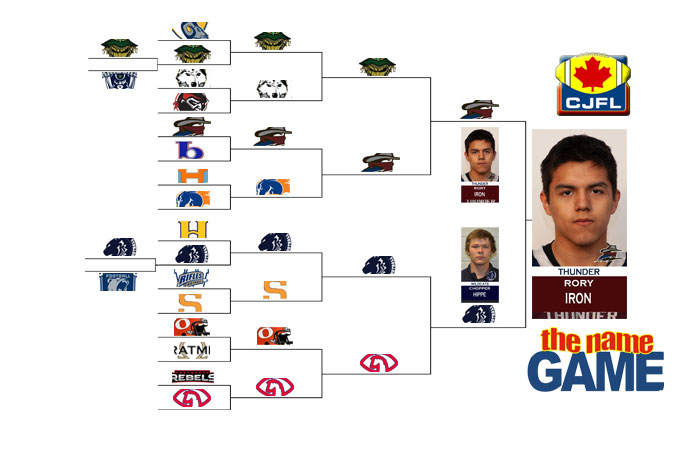